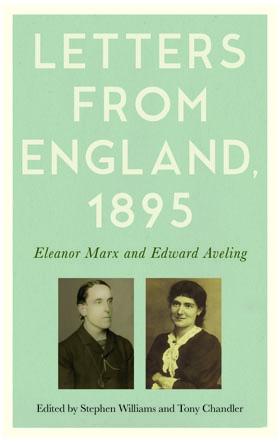 These never-before translated dispatches from London to a Russian journal by Eleanor Marx and Edward Aveling offer a unique insight into their lives and radical politics, and the Victorian England in which they wrote. The collection is edited by Stephen Williams and Tony Chandler, and translated by Francis King.

In 1895, Eleanor Marx and Edward Aveling were two of the best-known socialists in Britain, mixing with the most influential figures of their time, from Keir Hardie to William Morris. The couple were committed to building a socialist political force based on the ‘scientific’ theories of Eleanor’s father Karl and his collaborator, Friedrich Engels.

Marx and Aveling’s ‘letters’ to Russia from England offer a unique perspective on British socialism as it entered its crucial phase, which culminated in the foundation of the Labour Party in 1900. As they reported from the heart of capitalist Britain, a Liberal government fell, having failed to keep its promises to labour. The remainder of the year saw the election of a Conservative-led Unionist administration, an underwhelming general election performance by socialists, and the death of Engels.

These lively, accessible letters include sharp reflections on Victorian cultural figures including Oscar Wilde, Annie Besant, and the ‘new woman’ novelists. An introductory essay sheds light on the authors’ complex, tumultuous life and work together, and reveals the friendships and political connections Karl Marx, Engels and the authors had with prominent Russian revolutionaries. The book will be of interest to students, historians, and all those interested in left politics and movements in Britain.