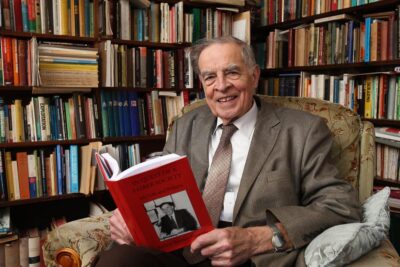 Stan, who died at his Essex home at the age of 91 on 2nd March, was president of the Socialist History Society, succeeding Eric Hobsbawm in 2012. Stan was a founder member of the Socialist History Society in 1992 and had previously been an associate member of the Communist Party History Group. Stan was by profession a school teacher, his subject being history. Politically active since the early 1950’s, Stan was Member of Parliament for Epping from 1964 to 1970 and then for the new constituency of Harlow from 1974 to 1983. He was a Member of the European Parliament representing London Central from 1984 to 1999.

Born in 1930 in Bethnal Green and educated at Buckhurst Hill County high school in Chigwell. Graduating in history from University College London, Stan became a schoolteacher. Joining the Labour Party in 1949 in North Weald in Essex, Stan was always on the left of the Party. Stan was a conscientious objector during the Koran war, working as a coalminer in Staffordshire for four years as an alternative to two years National Service. In the early 1950’s, having met the Ceylonese Trotskyist (and future Sri Lankan Minister), Anil Moonesinghe, Stan joined the Socialist Review Group led by Tony Cliff. He was a key member of the group, responsible for contacts with Trotskyist groups in other countries. He wrote articles for the Socialist Review journal, including an unpublished article on East Germany in 1952 and an article on German re-armament in 1954 which did appear, but left the group in 1959, before the group established the International Socialists as a separate political party. Stan held a number of positions in the National Union of Teachers. He was a Labour and Cooperative MP and at one time was president of the London Cooperative Society.
A critic of successive government’s foreign policies, he was an opponent of the British intervention in Suez in 1956, helping to organise the Trafalgar Square demonstration, printing thousands of leaflets surreptitiously on the Epping Labour Party duplicator, and the Vietnam war. An opponent of NATO, he was a supporter of nuclear disarmament. He served as vice chair of the Foreign affairs group of MPs and as chair and deputy leader of the Labour group on Members of the European Parliament. He was actively involved in campaigns to support the independence of British colonies and was for many years chair of the Movement for Colonial Freedom founded by Fenner Brockway, which later became Liberation, a position in which he was succeeded by Jeremy Corbyn. He was a patron of Peace in Kurdistan. A left-winger for all his political life, Stan was a mild and generous advocate of the underdog, whether in Britain or elsewhere in the world. Jeremy hosted Stan’s 90th birthday celebration in the Leader of the Opposition’s office at Westminster.

He wrote a number of books and pamphlets – a co-authored biography of the socialist MP and educationalist, Leah Manning, a study of Nicolae Ceausescu, histories of the Movement for Colonial Freedom and the London Co-operative Society Political Committee, pamphlets on NATO and a pamphlet on the Kurds. He wrote on the Victorian East End novelist, Arthur Morrison and on the East Ender, Arthur Harding. He also wrote a history of North Weald Bassett in Essex. In 2013, he published his autobiography In Quest of a Fairer Society. As well as chairing Socialist History Society meetings, Stan gave a number of talks, including a talk on the 1945-51 Attlee government. He had an extensive collection of books and pamphlets on socialist political history. In the 1990’s, Stan was an assistant editor of History Workshop Journal, for which he wrote a number of articles. He also organised for seventeen successive years, an annual Essex Labour history conference, which attracted the participation of well- known socialist historians and politicians, the most recent one being held in 2018. He was also until recently chair of Labour Heritage. Stan was well loved and highly respected and will be sadly missed.