Organised workers’ movements first appeared as a significant social force in the British Caribbean Region Colonies before the Second World War. Anticolonial movements began to gather momentum in the region around the same time. Socialists and socialist ideas played a significant part in both sets of movements, particularly as they developed and began to see political success in the post-war era. For the most part, these Caribbean socialisms developed organically within their societies, and both their organisational forms and their political ideas often defied the neat categorisations familiar from European socialism: revolutionary or reformist, communist or social-democratic and so on.

To explore the commonalities and differences among the socialisms of the English-speaking Caribbean, their origins, development and achievements, The Socialist History Society, The Institute of Commonwealth Studies and The Society for Caribbean Studies will be holding a series of online research seminars with a view to publishing selected papers from the seminars in the journal Socialist History.

We are inviting researchers on the history of Caribbean socialist, labour and anticolonial movements to submit proposals for papers on any aspects of this history. Topics of interest may include, but are not limited to:

We are seeking papers of 5,000 to 10,000 words to be presented at the seminars. Presentations themselves will be expected to last no more than 20 minutes.
Please submit proposals of no more than 500 words to the organisers Steve Cushion, Christian Høgsbjerg and Michael Mahadeo on info@socialisthistorysociety.co.uk by 15th November 2021. Accepted proposals will be presented at one or more online evening seminars in the early part of next year (dates to be agreed).
Authors of those papers selected for publication will be invited to revise them for a special issue of Socialist History. 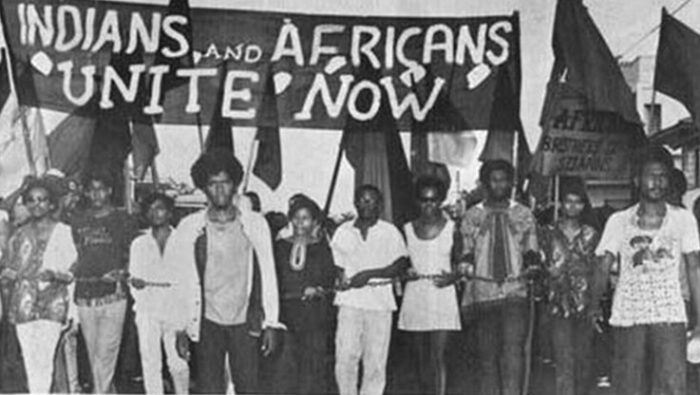