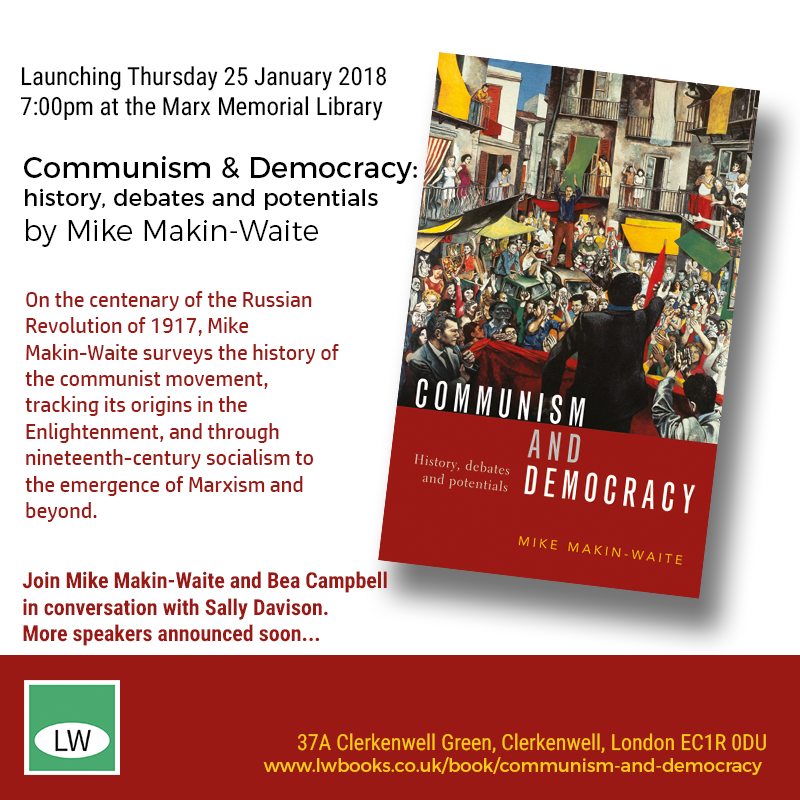 Turn up on the evening – or sign-up to attend on the Lawrence and Wishart website…
As discussion continues about the relevance of the 100th anniversary of the Russian revolution, Makin-Waite’s new book from Lawrence and Wishart highlights the democratic and liberal counter-currents that always existed within the communist movement. His unorthodox account tracks an alternative history that includes nineteenth-century socialist leaders such as Karl Kautsky, Menshevik opponents of Bolshevik oppression in 1917, Popular Front critiques of sectarianism in the 1930s, communist support for 1968’s Prague Spring, and the turn to Gramsci and Eurocommunism in the 1970s.
Communism and Democracy aims to recover some of the hard-won insights of the critical communist tradition, in the belief that they can still be of service to the twenty-first-century left. Come along and join in the discussion.