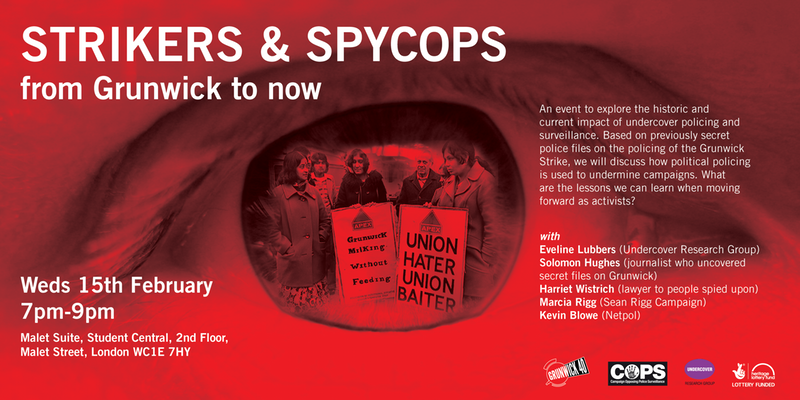 Spycops and Strikers is part of a series of Grunwick 40 memorial events, organised in co-operation with the Special Branch Files Project, the Undercover Research Group and the Campaign Opposing Police Surveillance.

The Cold War started early in Cuba, with anti-communist purges of the trade unions already under way by 1947. Corruption and government intervention succeeded in removing the left-wing leaders of many unions but, in those sectors where this approach failed, gunmen linked to the ruling party shot and killed a dozen leading trade union militants, including the General Secretary of the Cuban Sugar Workers’ Federation. Read on ...